Stricter MOT removed 3 million 'dangerous' vehicles from Britain's roads in its first year as DVSA confirms a THIRD of cars failed the tougher test. Just over 31m vehicles were put through the tougher test from 20 May 2018 and some 10.3m failed, with 2.9m of these deemed to have 'dangerous' defects. The latter group of vehicles had to be repaired or removed from the road and the DVSA has revealed the 10 most common reasons why vehicles failed an MOT.

MOT testing in Darlington & Stockton helps to make the countries roads safer thanks to new rules introduced to the MOT test in May 2018.  The new rules have helped to clear Britain’s roads of three million potentially lethal vehicles in the first 12 months.  Almost a third of cars, van and motorcycles put through the annual assessment in the first year failed the test because of dangerous defects.  These vehicles had to either be removed from the roads entirely or fully repaired and retested before owners were legally allowed to drive them again.  This included new defect categories – minor, major and dangerous – to help motorists better understand what was wrong with their vehicles.  All major and dangerous issues result in an automatic test failure, while the latter recommends that the defect in question should be repaired before the car can be driven again. 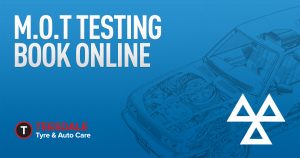 New Stricter Rules for Diesel Emission checks as part of the MOT from May 2018 Include:

Other new checks include:

Clarifying what to do if your Vehicle fails its MOT

There has been some confusion over how the customers vehicle stands once it has failed its MOT.  The DVSA’s Neil Barlow (Head of MOT policy) clarified the rule by saying: ‘If a car has failed its MOT with a dangerous fault, DVSA’s advice is that it should not be driven until the defect is repaired.  This is because it’s dangerous to both the driver and other road users.” However, he then confirmed: “Garages are unable to prevent owners from driving their cars away”. 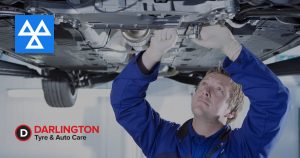 The first full-year results of the updated test showed that motorcycles had the highest pass rates of all vehicle types.  With 83 per cent sailing through the MOT.

1 in 10 motorbikes fail an MOT for faulty lamps

Some nine per cent of motorcycles failed the MOT due to faulty lamps or reflectors in the first year of DVSA making the test more difficult.

Just over 88,000 motorcycles failed for this reason alone, the data showed.

It also found that nearly one in 20 bikes failed because of defective brakes.

The data shows that there was a total of 951,741 initial motorcycle MOTs taken in the first year of the new MOT.

Of these, 48,883 had dangerous defects and so were taken off the road or repaired. This underlines the MOT’s clear contribution to road safety.

Worryingly, it was the heaviest of all vehicle types.  Class 7 vehicles that tip the scales between two and 35 tonnes – that had the highest failure rates, with just 40 per cent passing the test.

DVSA’s data also showed that the new tougher MOT emission tests introduced in May 2018 have also made a significant contribution to improving air quality.

These have been repaired or taken off the road, thus helping improve the environment, the government agency said. 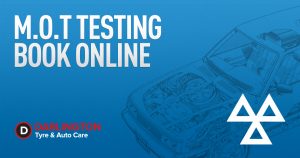 The MOT is a once a year health check, but it does not guarantee that a vehicle is safe to driver for the entire 12 months after the test.

New research revealed this week that almost half of UK drivers believed they did not have to have their cars checked during the year because they thought an MOT was security enough.

While the DVSA said the MOT test has made Britain’s roads safer, it said that around a quarter of vehicles get their MOTs late.

As a result there could be hundreds of thousands of dangerous vehicles overdue for their MOT.

Neil Barlow added: “DVSA’s priority is helping everyone keep their vehicle safe to drive.  ‘Thanks to the MOT, three million dangerous vehicles have been taken off the road. But with a quarter of cars turning up late for MOT every year, that means there are lots of potentially dangerous vehicles badly in need of inspection.

You can book your MOT in Darlington & Stockton (Teesdale) for your vehicle up to 30 days before your old MOT ticket expires, without losing the anniversary date. Book your MOT Test with the Auto Care Group today.

We also offer Tyres, Servicing on all makes and models without invalidating your manufacturers warranty. Brakes, Exhausts, Wheel Alignment and much more 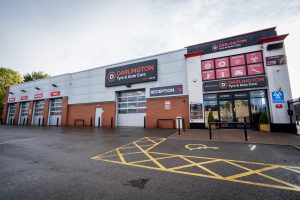 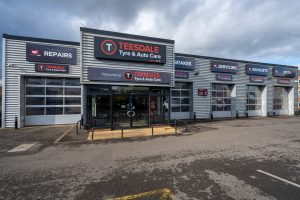